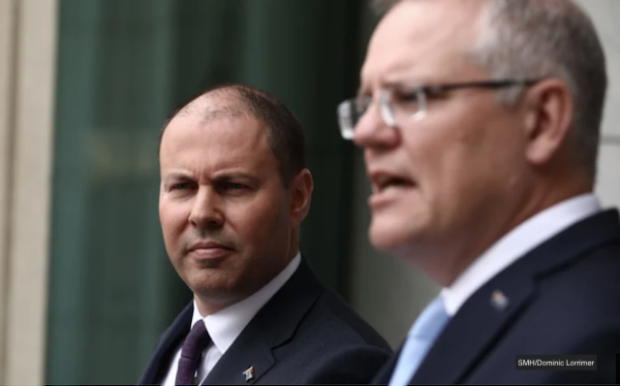 Scott Morrison says his government will deliver on its commitment of getting ‘back in black’, confirming a budget surplus of – $213 billion for the 2020/21 financial year.

Wearing a ‘Back in Black’ cap and t-shirt, Mr Morrison told journalists that he was a man of his word.

“We said we’d deliver a surplus, and that’s exactly what we’ve done. It’s a bit of a different style of surplus this time around – one where we’ll have to borrow a bit of money to make it work – but it’s a surplus nonetheless. It’s definitely a surplus. That’s what we deal with in the Liberal Party: surpluses. And this is a surplus”.

He said Labor would have delivered a deficit had they been in power. “We saw that in 2008 and 2009, back when the economy was booming. Even then they couldn’t manage a surplus. But this is a surplus”.

When asked why it wasn’t being described as a deficit, given it was a negative figure, Mr Morrison said “I don’t accept the premise of your question”.