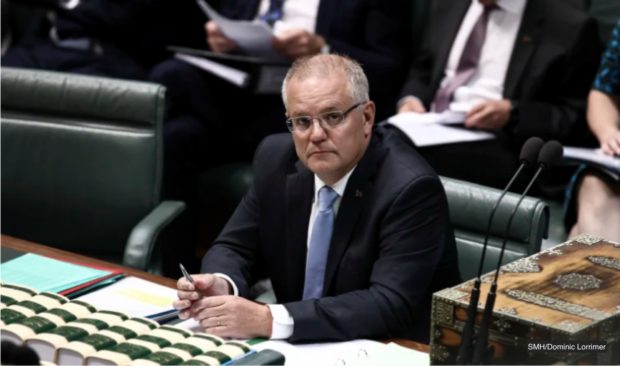 Scott Morrison has cancelled the upcoming sitting of parliament, saying he just wished there was a way for MPs to communicate with each other without having to be in the same physical space.

“With COVID-19 still not fully under control we can’t have politicians travelling to Canberra. If only there was some sort of global network of interconnected computers – linked through a cabling system, or an existing phone network, say – that allowed people to communicate with one another remotely,” Mr Morrison said.

“I mean, it’s not as if it’s like on those sci-fi movies where you can just beam someone into a conversation using a computer screen”.

Government Services Minister Stuart Robert later offered to provide his internet connection for a remote sitting of Parliament, but advised that it would cost $40 million a month.