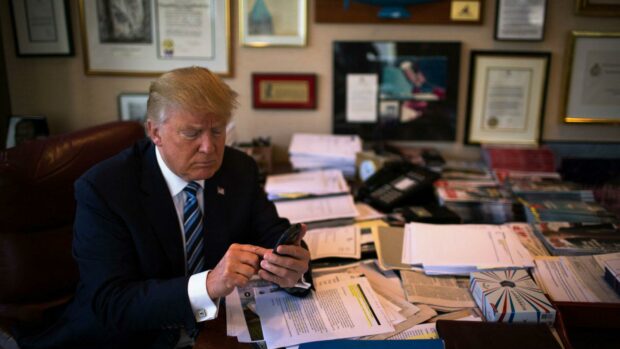 US President Donald Trump says the American economy is set to DOUBLE in value after he discovered a unique, one-off Bitcoin investment opportunity on Twitter.

The President told reporters he had acted very quickly to take advantage of the opportunity, sending the nation’s entire cash reserves to a celebrity on Twitter who promised to send back double the amount.

President Trump said he had a knack for making good investments. “This is going to make us a lot of money. The American economy – which is already very strong by the way, the strongest it’s ever been – is going to get many, many times bigger. People will thank me for this”.