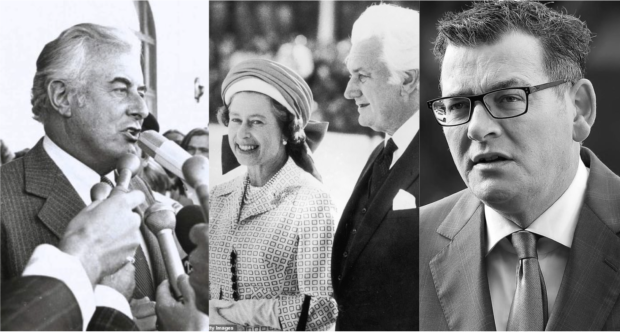 A trove of letters between Governor General Sir John Kerr and Buckingham Palace, released today, has given a fascinating insight into the events that lead up to the dismissal of Prime Minister Gough Whitlam in 1975. But of all the revelations, perhaps the most explosive is that it was actually Victorian Premier Dan Andrews who caused the constitutional crisis in the first place.

According to an analysis of the letters carried out by News Corp journalist Andrew Bolt, Mr Andrews – who was three years old at the time – was blocking supply in the Senate, leading to an impasse in the Australian government.

In one letter described by Bolt, Mr Kerr wrote: “The actions of Dictator Dan have left me with no choice but to sack Gough Whitlam and hand the Prime Ministership to Mr Fraser”.

Within days, Whitlam was gone.

While other factors were also at play – The Greens’ opposition to backburning was also discussed as a reason to move quickly on the dismissal – it was Mr Andrews who was seen as the central cause of the crisis.

The letters were the first time that the Queen was made aware of Australia.