CLOSE
The Nation
JUST IN: The COVIDSafe App has identified that there was a coronavirus outbreak on The Ruby Princess in March 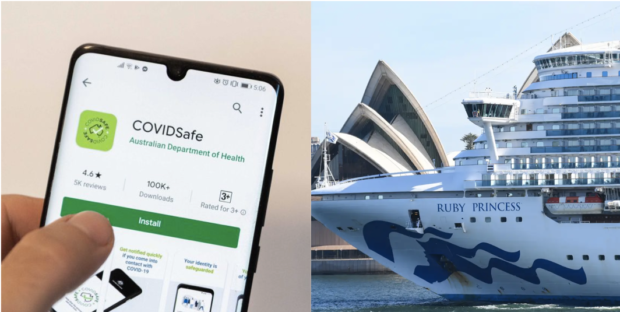 The Government’s high-tech coronavirus tracing app, COVIDSafe, has alerted officials to a potential viral outbreak on a cruise ship called ‘The Ruby Princess’ four months ago.

If proven correct, it will be the first case identified by the $2 million app.

Prime Minister Scott Morrison said the discovery will help authorities track down those potentially infected, stemming the spread of the virus across the country in April and May.

“This is a very sophisticated piece of technology. And one of the benefits that we’ve talked about from day one is that it dramatically speeds up what would otherwise be a very manual process,” Mr Morrison said.

“The app will now allow authorities to immediately get in touch with the friends and families of passengers who were infected. Unless they have an iPhone, in which case it won’t”.

New data from the app has also suggested that there might be an outbreak in a housing commission tower in Melbourne, although it is too early to say with certainty whether that is true or not.  “We’ll find out more about that in the coming months,” Mr Morrison said.

Experts say Mr Morrison’s comparison of the COVIDSafe app with sunscreen was correct. “Neither of them will stop you getting COVID-19”.