CLOSE
Entertainment & Sport
We read the new tell-all book by Donald Trump’s niece and wow! Turns out Trump isn’t the whip-smart, kind hearted guy we thought he was 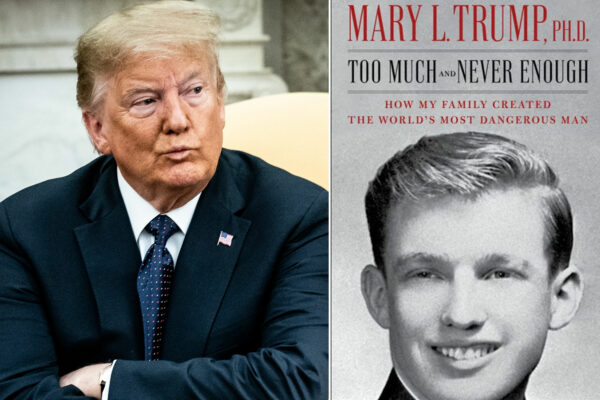 Donald Trump’s reputation as a switched-on, compassionate leader driven by the pursuit of high-mined ideals is nothing more than a carefully managed veneer.

That’s if you believe the new tell-all book by Mary Trump – the President’s niece – which reveals a shadier side to the New York philanthropist.

We read an advanced copy of the explosive new book and, boy, did it shake our perceptions of America’s 45th President.

Far from a consensus-building people person, Mr Trump is presented as something of an opportunist, putting his own interests ahead of others and doing whatever it takes to get ahead. In one chapter, Mary Trump goes as far to call her uncle a ‘narcissist’. It’s a far cry from the caring and kind-hearted man we see on our screens each day, and a lot to take in for those of us who’ve followed The Donald closely these past four years.

From there she unveils a murky world of dodgy business dealings, sexist comments and bullying behaviour. If true, it is disturbing conduct for a sitting president of the United States.

Perhaps the most explosive section of the book, however, is when she seeks to debunk Mr Trump’s famed intellect. Donald lacks intellectual fire-power, she says, and even cheated to get into business school. Turns out, all those times he told us how smart he was is all just one big lie.