CLOSE
The Nation
John Howard defends Dyson Heydon appointment: “He is one of the most intelligent, articulate and well-read sex offenders I know” 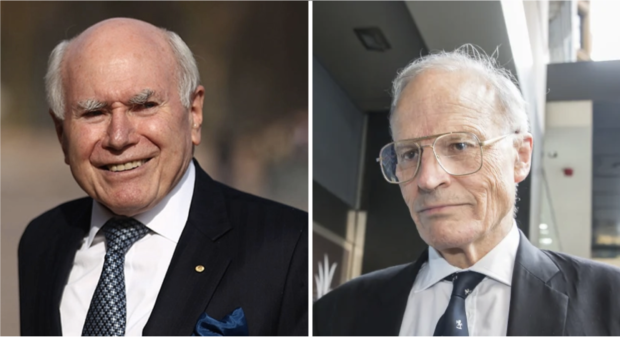 Former Prime Minister John Howard has stood by his decision to appoint Dyson Heydon to the High Court of Australia, saying he was a wonderful judge and certainly up there with the most quick-witted and intellectually astute sex offenders he has had the pleasure of knowing.

“A brilliant mind. Sharp as a tack. One of the best,” Mr Howard said.

The former PM acknowledged that Mr Heydon had been found by the High Court to have sexually harassed and assaulted six women. “But let’s not forget that he had a wonderfully sharp intellect. Wayward hands, perhaps. But an unswerving legal mind”.

Mr Howard said that apart from upending the lives of six of his associates, he couldn’t fault Dyson Heydon’s time at the High Court. “I can’t think of a bad word to say about him”.

Mr Howard said he would be more than happy to write Mr Heydon a character reference if required. “I have a template that I use for this sort of thing – so I’d be delighted to use that again if the need arose”.