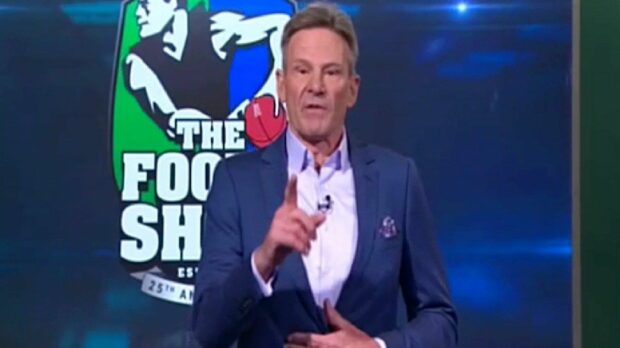 Channel Nine has confirmed that Sam Newman will feature on this year’s season of The Footy Show, saying it wanted to give an opportunity for some of his lesser known racist opinions to reach a mainstream audience.

A spokesperson for The Footy Show said given the current climate, it was important that new racist views had a chance to be aired.

“We all know and love Sam Newman’s blackface impersonations of Indigenous players, and his sledges on Adam Goodes – they’ve had plenty of opportunities over the years. But it’s 2020, for goodness sake. So I think in the current environment it’s important that we also give a chance for Australians to hear views on George Floyd being a ‘piece of shit’ or LeBron James being only ‘partially educated’,” a Channel Nine spokesperson said.

He said it was time to hear from the same voices. “Sammy’s been on our screens for over two decades now, he’s had a good go. So I think it’s time for him to just keep going.

“There are some wonderfully racist views that simply don’t get any airtime in this country, and we think now’s the time to give them an opportunity”.