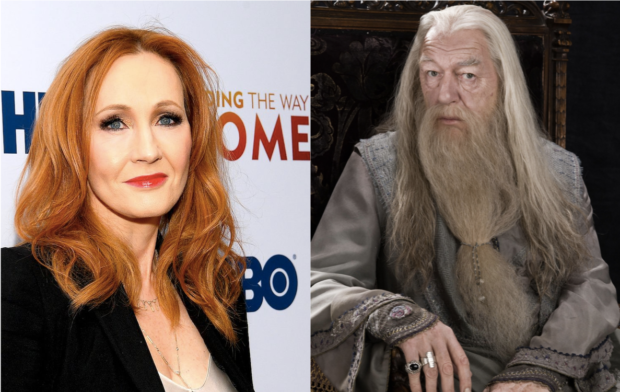 After facing a huge backlash over a series of tweets that many felt were transphobic, a frenzied JK Rowling today revealed that Albus Dumbledore was actually a transgender lesbian who led a campaign for trans rights in her spare time.

“It was right there in the text all along, for anyone who was open-minded enough to see it,” the Harry Potter author tweeted.

“Before she was Headmaster of Hogwarts she was Head of Transfiguration – clearly a metaphor for the fight for transgender equality,” Rowling wrote.

“And then as Headmaster, Dumbledore set up a support group for the trans community and became its key spokesperson. It wasn’t presented that way in the book literally. But it was pretty clear for anyone reading between the lines”.

The tweets failed to stem the barrage of criticism aimed at the author, however, with many saying Rowling was trying to retrospectively add diversity to her characters to suit the times.

Rowling denied that claim. She later revealed that Harry Potter was actually black.