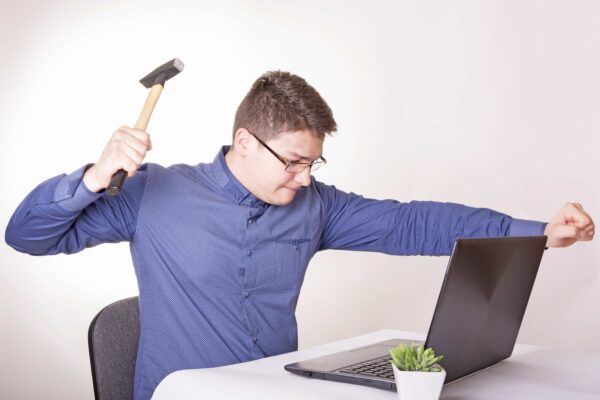 Saying it was irresponsible to be out smashing store windows in the middle of a pandemic, Californian man Jerry Price has decided to stay home and smash up Amazon’s shopfront instead.

“I’m all for looting. But there’s a virus out there man,” Price said, putting on a balaclava, washing his hands with hand sanitiser, and reaching for a hammer.

“And anyway, we need to send these big multi-nationals like Amazon and eBay a message too. It’s not just the Macy’s and Targets of the world who need to hear this,” he said while logging onto the Amazon homepage.

Smashing the storefront several times with his hammer, Price then reached his hand into the hole in the screen, trying to take some of the stock. “Ah, someone’s got to it first,” he said.