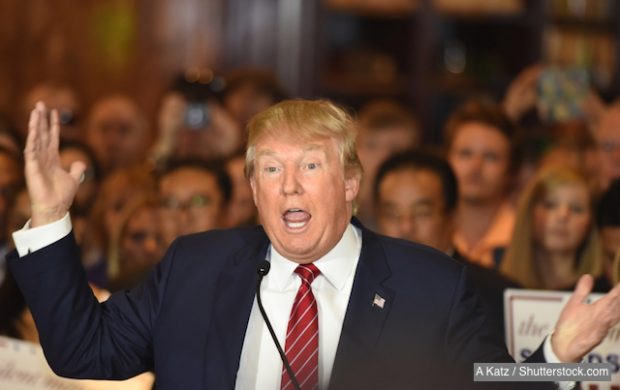 New evidence has emerged this week that suggests Donald Trump may have been the result of a laboratory experiment devised to create the most ridiculous human being imaginable.

Intelligence officials have found documentation from a Chinese laboratory explaining how researchers took an ordinary human embryo and then removed all traces of empathy, intelligence, self-awareness and charm.

“It certainly explains a lot,” one intelligence insider said. “You look at this man who seems to lack any sense of humility or emotional intelligence, and you think there’s no way this thing can be natural. So the idea that he was artificially created does seem plausible”.

The new evidence suggests that the lab made several unsuccessful attempts before finally creating Trump. “They played around with removing different things and then boosted his ego as much as far as they could without him exploding”.

The tiny little hands served no purpose and were merely for the amusement of the researchers.