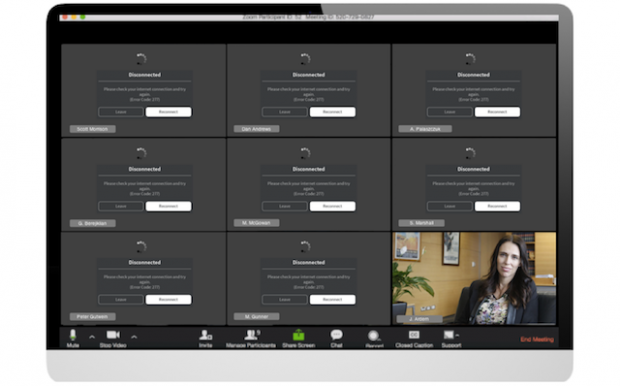 The much-talked meeting between Jacinda Ardern and Australia’s national cabinet had to be abandoned today, after none of Australia’s state or federal leaders could get a steady internet connection. The New Zealand PM was left to finish the call on her own.

The first words of the historic Trans-Tasman meeting were “Can you hear me? What about now?”, followed by a rousing speech by Scott Morrison where he asked if this thing is on.

NSW Premier Gladys Berejiklian joined Mr Morrison in thanking Ms Ardern and … what … together  … achieve … sorry … not … ..king … fuck this piece of shit.

New Zealand, which has proper internet, said it would seek to reschedule the meeting to a landline telephone call later in the week.

It is the first time a New Zealander has participated in an Australian cabinet meeting since Barnaby Joyce in 2018.