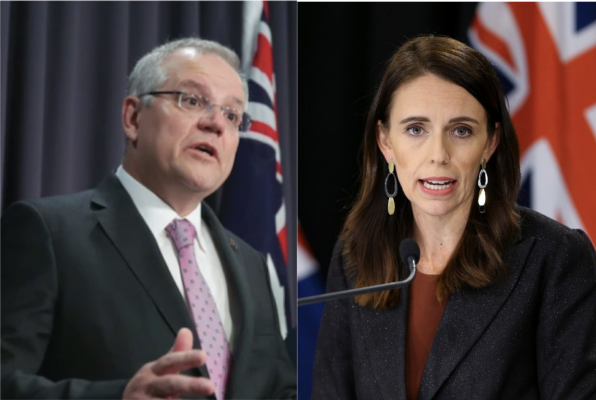 Saying there was still a long way to go before the two countries could realistically come into contact again, Australia and New Zealand have agreed to maintain a distance of at least 2,100km until further notice.

In a joint statement following today’s special national cabinet meeting, Scott Morrison and Jacinda Ardern praised the two countries for maintaining a physical distance for the past 105 million years, acknowledging that being isolated at the bottom of the globe was difficult. But they said it was still too early to say exactly when the two nations could come together again.

“This is not something we want to rush. We don’t want to put an exact timeframe on it, although we know that will disappoint many geologists and geoscientists who are working to do just that. But what we do know is that it is something that will be reduced incrementally”.