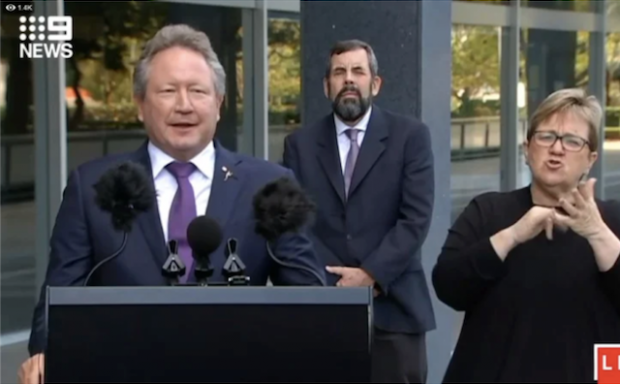 Following his surprise decision to buy millions of Covid-19 tests from China, Mining billionaire Andrew ‘Twiggy’ Forrest caught everyone off guard again today, announcing that he would pay a proper rate of company tax this year.

Representatives of the Government – who have allowed Mr Forrest’s company to pay single digit tax rates for years – were said to be totally blindsided by the announcement. Treasurer Josh Frydenberg went as far to say that his government had been ambushed.

“There’s a protocol that needs to be followed here, and that’s that large multi-billion dollar mining companies pay a lower tax rate than your local fish and chip shop. Everyone knows that. We can’t all of a sudden have Twiggy Forrest coming in here without any warning saying he is going to just upend that arrangement.

“If Twiggy all of a sudden starts paying hundreds of millions of dollars in tax, Australia may never benefit from the million of dollars he puts towards philanthropy each year”.

Mr Forrest later clarified that the tax payment was technically a loan which the Government will pay back in the coming years.