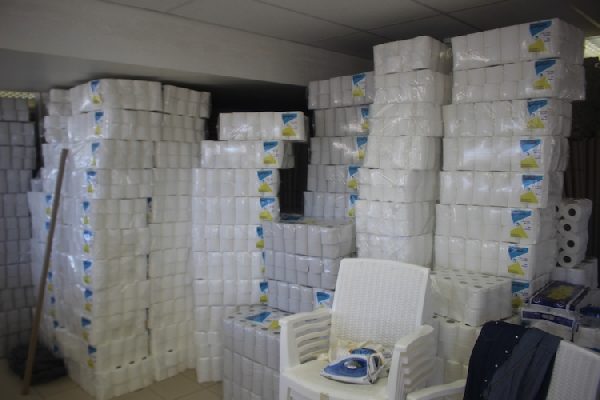 Gold Coast man Brent Nicholson is down to his last 694 rolls of Quilton double length toilet paper, it has been revealed.

Nicholson said it was lucky that supermarkets were finally beginning to ease buying restrictions on toilet paper, given he only had 57 dozen rolls on hand.

“It was getting to be touch and go there for a while. The toilet paper room is only half full,” he said.

He said his toilet paper situation could have been much worse had he contracted Covid-19. “They say it’s 1-2 weeks of flu-like symptoms. And, as everyone knows, the first thing you do when you get the flu is rush to the toilet”.

Nicholson said he was smart to buy extra toilet paper back in February. “I bought 800 rolls at my local supermarket one Monday morning. And then the next day I came back and they were totally out of stock, which was odd! So I really was ahead of the game”.

He has ordered $2,000 worth of toilet paper as part of his next online order.