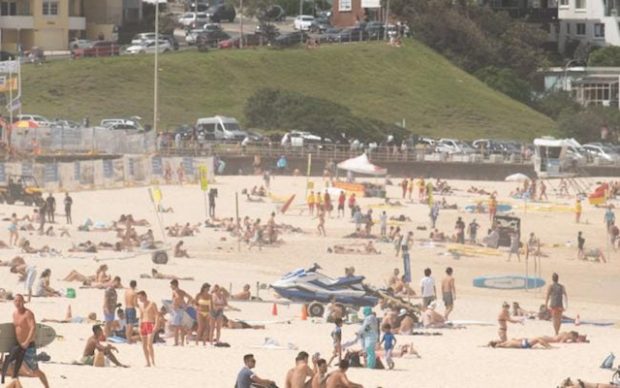 “All of those photos you see in the media showing packed beaches in Sydney certainly look bad, but once you take away the photographers, it’s really just a woman going for a jog,” one photo analysis expert said.

“One image, which looked at first glance to be a huge crowd of beachgoers, was actually just a man and his dog surrounded by a camera crew and 750 journalists from Seven News”.

Journalists and citizen photographers claim it is their job to keep the public informed. “This morning we saw a man going for a swim by himself,” one journalist said. “So my colleagues and I went right up to him, put a microphone in his face and asked him why he was blatantly flouting social distancing laws”.