CLOSE
The Nation
It’s Probably Just A Bug, But Apparently When You Download The CovidSafe App Peter Dutton Gets A Boner 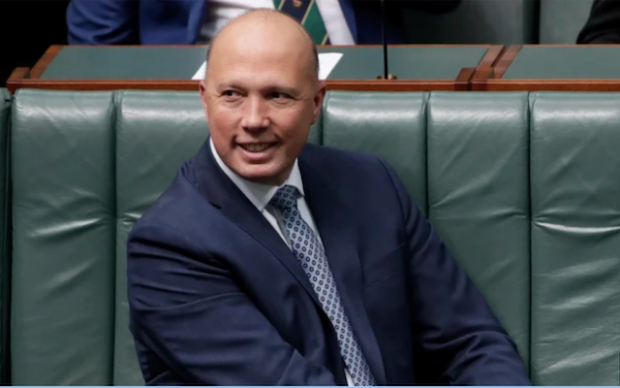 In what has been described as a programming glitch, The new CovidSafe app is reportedly giving Home Affairs Minister Peter Dutton a hard-on every time it is downloaded.

Those familiar with the situation said even the smallest curtailment of civil liberties could lead to a physical response from Mr Dutton.

“He’s always got pretty excited about accessing personal data. So to have million of little bits of data all at once is a little bit overwhelming for Peter,” one source said.

Mr Dutton has denied the claims saying, “These stories are absolutely false, and … ooh wow, hold on, there’s another one downloaded …  it’s clearly just a childish attempt to divert attention from… hang on, oooh yes, just excuse me for a minute please”.