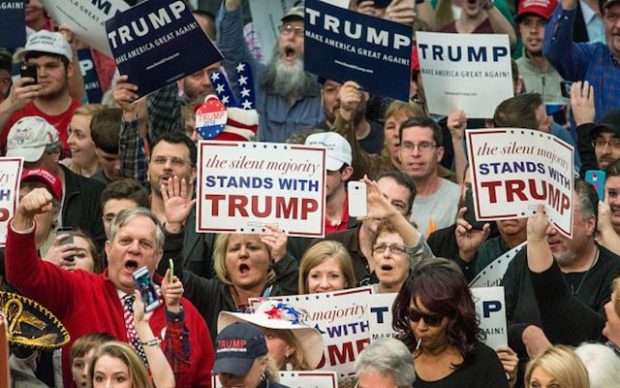 A new Gallup poll has revealed that a staggering 96 percent of Americans who voted for Donald Trump in the 2016 election were doing so sarcastically.

The data suggests that sarcasm is now a political priority for Republican Party supporters as well as their members, following President’s Trump claim that his suggestion to inject disinfectant into the bloodstream to cure coronavirus was actually a sarcastic remark.

Coincidentally, 4 percent of Trump supporters were rushed to the emergency room last night for self-administered injections of bleach and Lysol.

A number of world leaders have expressed their opinions following the revelation that Trump’s health advice was issued sarcastically.

Mexican president Andrés Manuel López Obrador said, “Oh, President Trump said that, did he? In that case, we’re totally going to build a wall and then pay for it.”

Bernie Sanders commented, “I always knew that President Trump, the medical genius that he is, would be able to inject some levity into the situation with a good dose of sarcasm during a worldwide pandemic that has caused 200,000 deaths worldwide. You know you can always count on the collective intelligence of the American people to elect a tremendous leader.”

President Trump was asked for a response, but he declined, other than to say that he didn’t appreciate the sarcastic tone of the article.