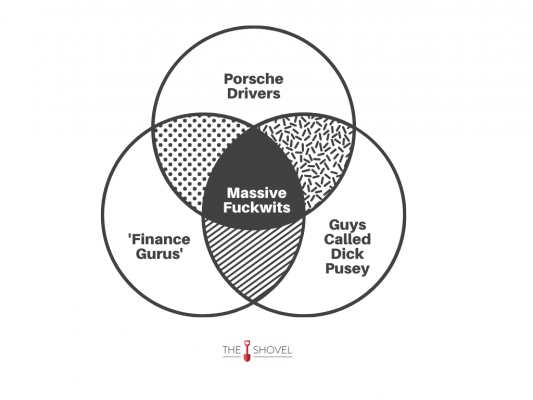 The chances of a Porsche-driving mortgage broker who is named after genitalia not being a total arsehole is zero, the nation says.

Analyst John Ledbury said that after analysing all of the evidence, the likelihood that this guy was a massive wanker was indisputable.

“We knew he drove a Porsche, so we were pretty certain right from the start. Although you do like to give even Porsche drivers the benefit of the doubt.

“But then when we found out that he self describes as a ‘finance guru’ and is literally a dick, we deduced that it was statistically impossible for him not to be a fuckhead.

“The fact that he has a history of verbally abusing cancer sufferers and runs a company called Switch Now Home Loans was more information than we needed”.