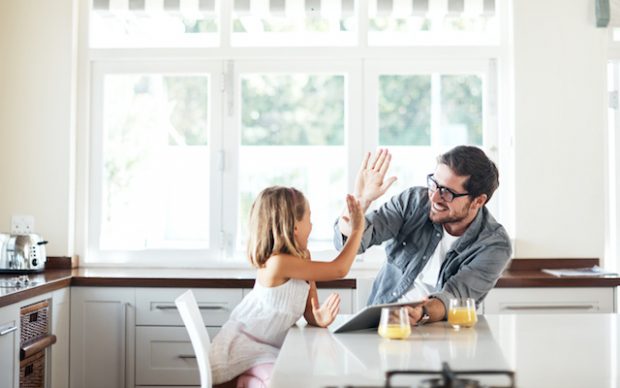 Finishing up school before lunch on a Tuesday is the way it’s always worked, a Sydney family has assured their seven year-old child.

“You’re getting mixed up with something else”, Brad Simpson told his daughter Lulu, after she said she was certain school continued until well after lunch.

“School has always finished mid morning on Mondays and Tuesdays. And often on Wednesdays, Thursdays and Fridays as well – ask your Mum,” he said.

He said it was a well-established schedule that shouldn’t be messed with. “Maths runs from 9am to 10am, and then there’s a break for free time between 10am and 5pm. Now’s not the time to go mucking around with the routine”.

He said it was now time to finish up times tables and switch to watching TV for the rest of the afternoon, which is what the school’s schedule has always demanded.

Wednesday has been declared a pupil-free day.