CLOSE
Entertainment & Sport
Our Review Of Malcolm Turnbull’s New Book. “It has a promising start, but loses its way midway through the first page” 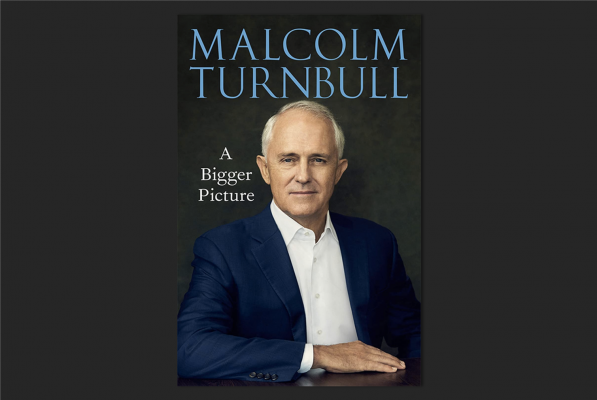 Malcolm Turnbull’s new autobiography, A Bigger Picture, is one of the most hotly anticipated political books in years. So much so that its rating on book website Goodreads was five stars, weeks before the book was even printed.

The first thing that strikes you about A Bigger Picture is the cover. It’s intelligent, thought-provoking, inspiring even. There’s a real sense that this is going to be a very different read from other recent political autobiographies.

The contents pages make for interesting reading too – clearly setting out the substantial number of challenging topics to be covered in the book. It’s elegantly designed, and clearly laid out.

Once you start reading, however, you soon realise that none of the topics promised in the contents is actually covered in the book itself, which is very odd and incredibly frustrating. (The chapter written by Peter Dutton but using Malcolm Turnbull’s voice is particularly strange).

The early chapters are written in long, flowery prose, some sentences stretching to 100 words or more (the first chapter is actually just one long sentence). But by chapter three, sentences are limited to just three words.

There’s an early chapter about innovation and ideas that’s quite interesting. But it bizarrely stops midway through a page – midway through a sentence actually – and pivots to an explanation of the dangers of African gangs in Melbourne.

The section on Turnbull’s cabinets is one for the die-hards. He describes in quite some detail his priceless collection of antique teak and mahogany cabinets, some from as far back as the 17th Century.

Later, he describes his decision to donate $1.7 million to the Liberal Party’s election campaign. He also provides reassurance that donors had absolutely no influence over policy decisions during his time in office.

Ultimately the book is a massive disappointment. But strangely the reader is left even more disappointed when the book unexpectedly ends.

A Bigger Picture is available in hardcover, or partly downloadable as an e-book using the NBN.