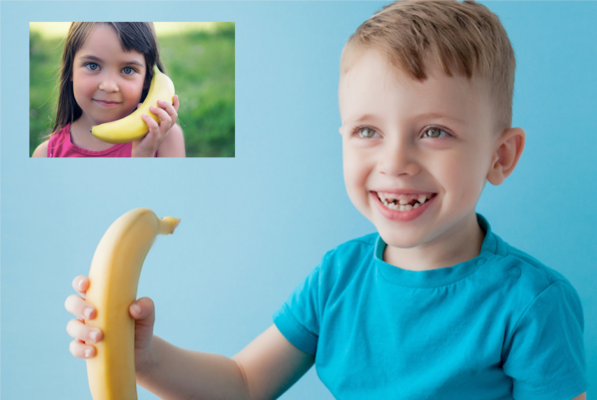 In a sign of the rate of change in banana-based technologies, more children are now making video calls on their bananas, rather than traditional phone-calls, in order to keep in touch with family members.

The banana – which has been the preferred communication device amongst young children for generations – has seamlessly adapted to new technologies, offering all of the features of a video call on its existing interface.

Ethan Grosby, 5, says he regularly video-calls his grandparents on a banana, appreciating its intuitive number-memory system and face-recognition technology. “It’s really easy to use and it’s fun and they’re always there when I call and sometimes I eat the phone afterwards,” he said.

Grosby said using the banana-phone for Facetime was better than holding it up to your ear, which rarely worked. “It’s really weird how people do that. It doesn’t even work. You can’t see them”.

Ethan’s sister Ella, 6, prefers to use her banana for Zoom meetings. “You can have several people on the call at once that way”.