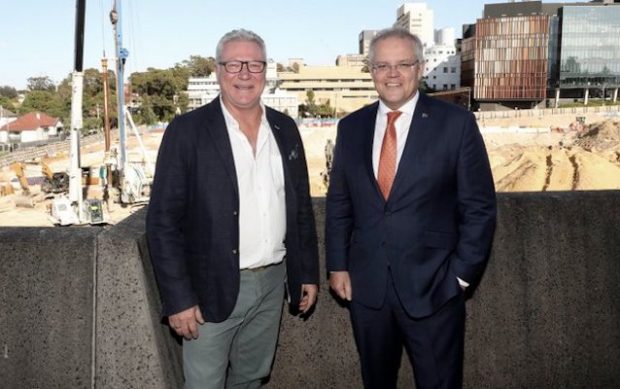 The struggling building sector has been thrown a life-line, with the Government announcing it will expand Scott Cam’s careers ambassador role and pay him an extra $2 million a year.

Announcing the measures, Prime Minister Scott Morrison said the initiative was just what the sector needed to get up and running again.

“I know a lot of you are hurting right now, and I know a lot of projects have been put on hold. But you can sleep easy knowing that a reality TV star who hasn’t built anything since 1998 will be doing extra media photo opps and shopping centre appearances over the next few months”.

One builder from Sydney who recently lost his job said he expected the work to come rolling in now that Scott Cam’s role had been expanded. “The company I worked for had to lay off 100 people because all the work dried up. But with Scotty Cam doing more social media posts about the industry, the future’s looking pretty rosy”.

Morrison sad Cam – who will be working from home – knew better than most how to make a go of it in the building industry. “What he’s shown is that if you get a trade, quit to become the host of a reality TV show, and then land an overpaid part-time government ambassador gig, you really can weather the ups and downs of the building industry”.