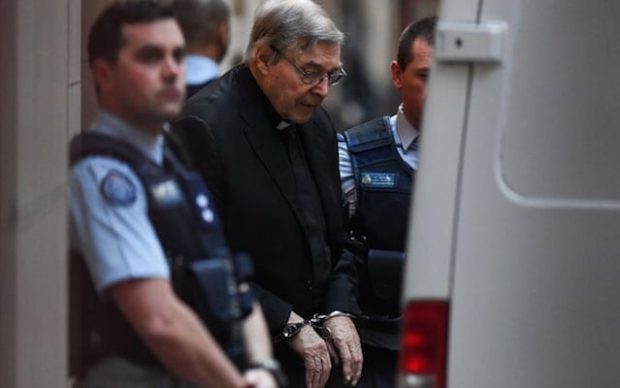 George Pell is back behind bars tonight after being busted eating a late-night snack in public.

Cardinal Pell – 78 – was released from Barwon Prison yesterday afternoon and decided to get some food and fresh air in a nearby park. He was arrested moments later.

Detective Sergeant Ian Bensworth of Victoria Police said Mr Pell – who oversaw the Catholic Church during periods of horrific abuse but has never faced consequences – had committed a serious crime.

“We take the eating of a fast-food product in a public area very, very seriously,” he said.

“Quite simply, he is a danger to the community. Who knows how many people he’s impacted. We can’t have people like this on our streets.

“These laws are in place for a reason, and our legal system needs to be respected”.

Pell says he will spend as much of the Catholic congregation’s money as is necessary to appeal the case.