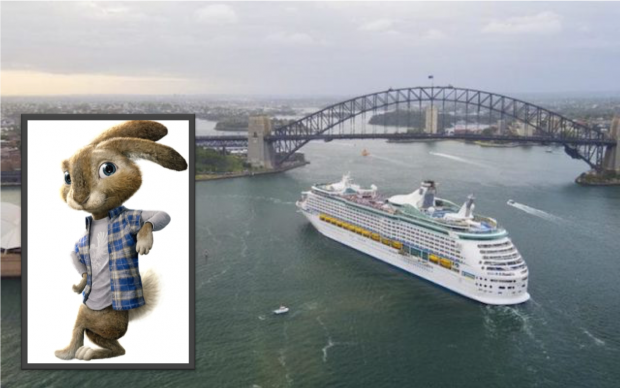 Worried that he may not be able to do his normal Easter deliveries due to the shutdown of Australia’s borders, the Easter Bunny has decided to hire a cruise ship instead, and sail right into Sydney Harbour unencumbered.

“I thought with the whole Covid thing I might struggle getting into the country. But by coming on a cruise liner I can sidestep all of that,” the bunny told journalists today.

“It actually makes the whole process easier than usual. Normally I have to fly into an airport and then go through security and immigration. But by taking a cruise ship, I can just hop straight off onto Circular Quay, do a spot of shopping, and then go from there. I wish I’d thought of it earlier actually”.

He said the Government’s ‘tough on borders’ policies had made things more difficult for him in recent years.