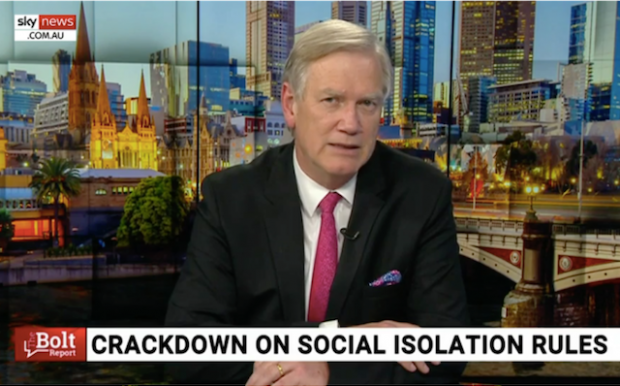 Sky News commentator Andrew Bolt says the bubonic plague has been blown out of proportion.

The controversial commentator said the governments of the Middle Ages were reckless in shutting down their economies when only a third of the population died.

“It was a massive over-reaction. All of those stories at the time that said ‘Fears that the plague could kill 50% of the total population’, when in fact it was much lower – more like 30%. What a beat up,” Bolt said.

“The whole thing was devastating. Getting people to shut up their houses, stopping trade and shutting down shops. People were basically prisoners in their own homes. A lot of people lost their jobs. It totally changed society. It definitely killed the economy”.

He said modern governments tackling coronavirus could learn from the mistakes of those in the Middle Ages by doing much less to stop the spread of the disease.

“If those governments back then hadn’t overreacted in shutting everything down, think how much stronger the economies of Europe would be right now”.