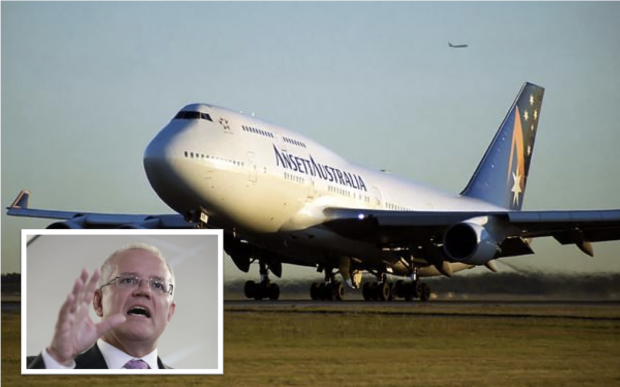 Saying he wanted to get on the front foot before things got worse, Scott Morrison has announced a rescue package for struggling domestic carrier Ansett, with the bail-out funds to be received as early as next year.

The airline has been struggling as recently as 2001, but at a media conference today, Mr Morrison said his government would act swiftly and decisively to avoid further damage.

“What we can’t do is just wait around for things to deteriorate. Ansett made it clear just 19 years ago that it is in trouble, which is why we’re immediately doing something about it now,” he said.

“I love Ansett, as I know a lot of other Australians do. Having a strong second airline in the Australian market is very important, which is why we want to avoid any further job losses from Ansett now”.