CLOSE
The Nation
Frydenberg Announces Deficit Will Be Funded By Selling 3.7 Billion ‘Back In Black’ Mugs 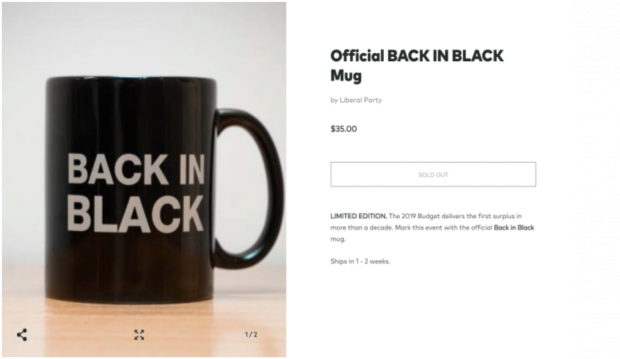 Treasurer Josh Frydenberg has used his budget speech to announce that the government will fund its $130 billion economic stimulus package by selling the remaining 3.7 billion ‘Back in Black’ coffee mugs it had made up after the last budget.

The $35 mugs were put on sale after Josh Frydenberg and Scott Morrison announced they had brought the budget into surplus next year, last year.

“This is a sensible, economically responsible, costed plan that will allow us to stimulate the economy without going into deficit,” Mr Frydenberg said.

He said the difference between his government and Labor was that the Coalition always outlined how its spending would be funded.

“During the GFC Labor never told us how it would fund its reckless spending. Well, we’ve got a very clear, costed, coffee mug-based plan. If every Australian simply buys 148 of these mugs we’ll be back in the black and back on track. I can do 3 for $60 if you buy today”.

Prime Minister Scott Morrison said all of the mugs had been sold. “We’ve sold the mugs next year”.