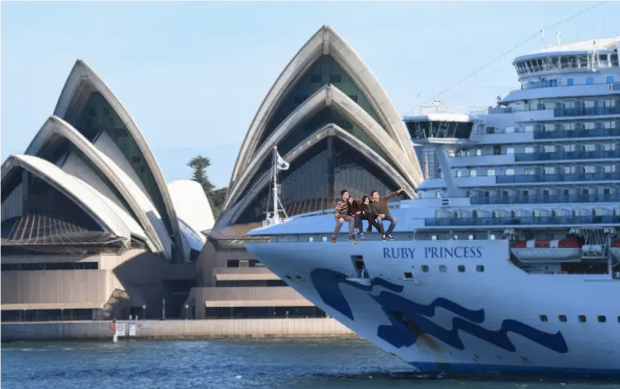 After years of failing to gain entry into Australia via small wooden boats, a group of 2,500 asylum seekers from the Middle East and Africa have chartered the Ruby Princess to take them directly to central Sydney.

Strolling onto Circular Quay before doing a spot of shopping in The Rocks, many of the asylum seekers said they were kicking themselves they didn’t think about taking a cruise to Australia earlier.

“If only we’d realised years ago that this is how you get into Australia unchecked,” one Afghan family said as they did some sight seeing in the CBD before haling a taxi.

“We used to see those ads that said ‘If you come here by boat you won’t be allowed into Australia’, but we never read the fine-print that said it was ok if you came in a huge international cruise liner.

They said the cruise – which cost them $5,000 including food and entertainment – was cheaper than paying a people smuggler.