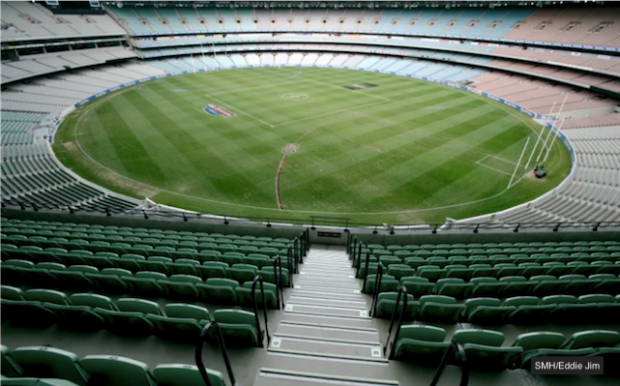 With the AFL banning all spectators for the foreseeable future, clubs have sought the advice of the Greater Western Sydney Giants, who have elite-level experience playing to no-one.

“It’s going to be a pretty weird experience for the boys, not having anyone there. So we wanted to get advice from someone who’s done it week in week out,” a Hawthorn spokesperson said.

A GWS spokesperson said they would be happy to pass on their knowledge. “It is a pretty different feeling. Running down the race with the sounds of thousands of screaming fans not in your ears; walking out to the centre to a stadium absolutely packed with empty seats – it can be a little overwhelming”.

He said GWS had been preparing for a moment like this for years. “We’ve spent week after week practising for this, honing it over time. When the government banned events of over 500, we knew we didn’t have to change a thing”.