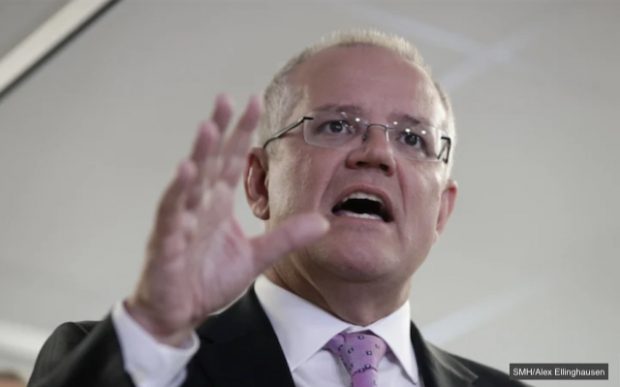 The Coalition Government will not deliver a deficit this year as widely predicted, and will instead oversee a ‘Surplus 2.0’, Scott Morrison has confirmed.

In a press conference this morning, Mr Morrison said speculation that a deficit was inevitable was wrong. “I don’t know where you got that information from, but it is incorrect. We will be delivering a surplus this year”.

Pressed for further detail, the Prime Minister explained that the Surplus 2.0 was a special type of surplus. “For most surpluses income is bigger than spending, but for our surplus it will be the other way around, which is quite innovative. That’s why we’re calling it Surplus 2.0. It’s a new kind of surplus for a new kind of Australia”.

When it was suggested that this was actually a deficit, Mr Morrison disagreed. “No, Labor runs deficits, not us. We’ve said all along that we will be delivering a surplus and that is what we will do”.

Mr Morrison said he and his team had been working on the budget for quite some time. “You don’t come up with a term like Surplus 2.0 overnight. Australians can be reassured that a lot of thought has gone into how we present this”.

The Prime Minister refused to be drawn on how a negative balance could be seen as a positive balance. “I reject the premise of your question,” he said.

Asked how the government would be protecting the economy from the fallout from coronavirus, the PM said “I think I’ve already addressed that”.