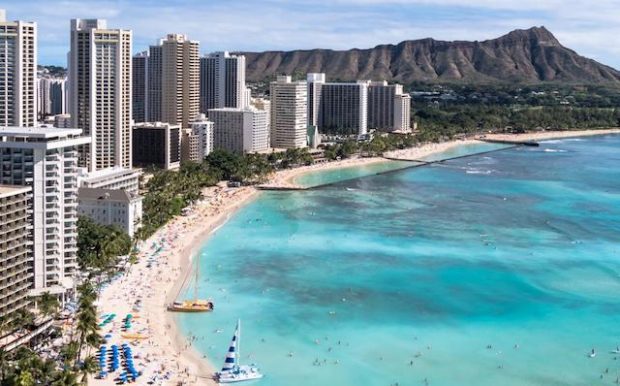 Scott Morrison’s plans to piss off to Hawaii next week are in disarray, after the US state recorded its first case of coronavirus.

Mr Morrison – who traditionally flees Australia during national emergencies – had planned to take his family on holiday to Hawaii, due to the worsening prospects of coronavirus in Australia. But those plans are now up in the air.

“It’s terribly inconvenient, and quite disrespectful of the person in question to contract coronavirus,” a spokesperson from the PM’s office said. “I’m not sure what the Prime Minister is going to do next week now. This is quickly turning into a national emergency – we can’t have him in Australia. We’re searching for alternative locations as we speak”.

The spokesperson said she wanted to make it clear that this wasn’t a spur-of-the-moment trip and that Mr Morrison had been planning the getaway for some time. “As soon as it was clear back in January that this was likely to turn into an epidemic, Mr Morrison immediately booked a double room at Waikiki Sunset Resort And Spa”.

With the virus now present in around 80 nations, the PM’s office said they were optimistic that Mr Morrison could find another country for a ‘holiday escape’. “That’s still over 100 countries to choose from. We’ll find something”.