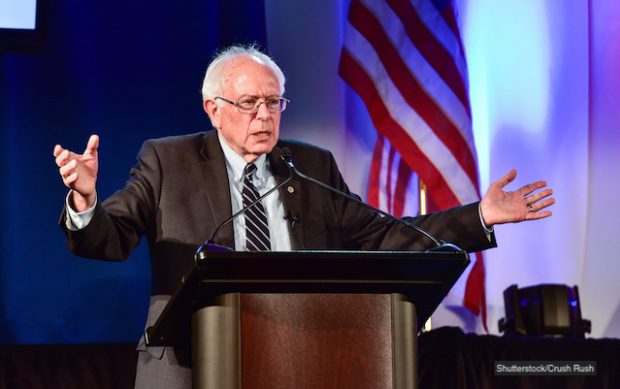 As the Democratic primary race tightens, many are concerned that a Bernie Sanders’ presidency could lead to a terrifying future where Americans are able to access life-saving healthcare, without needing to sell their last remaining possessions.

Opponents painted a hellish picture of a potential America under Sanders, where people would be able to access healthcare for themselves and their family.

“Picture this. You’re sick, you might die if you don’t get urgent attention, and there’s a hospital in your neighbourhood that could save your life. You go down to the hospital and you’re treated, no questions asked. Is that the sort of future you want for your children?” Ohio man Jerry Torton asked.

Verity Laughman, a voter from Wisconsin, said she didn’t want the government involved in her life. “The last thing we need is the government telling us how to look after our health. That’s what corporate multi-national insurance companies are for.

“For God’s sake, let’s leave doctors alone to focus on their core responsibility – navigating the complex terms and conditions of insurance documents to determine whether the life-saving procedure their patient requires is covered or not”.

Some – like hospitality worker Richie Coleman – have warned that Sanders could turn America into a hellhole like Europe or Australia where people are treated for free.