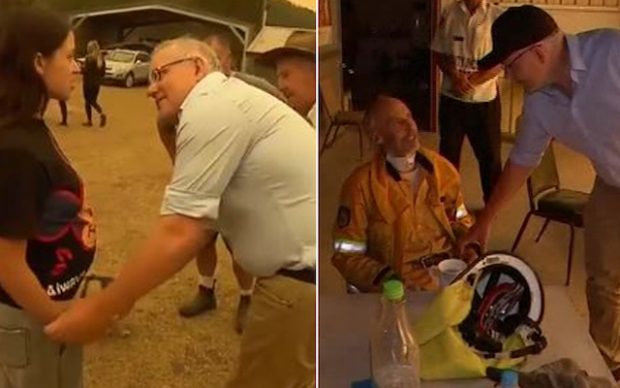 The Prime Minister says he won’t be following the advice of health professionals concerned about the spread of coronavirus, and will forcibly shake whoever’s hand he bloody well feels like.

In a media conference this morning Mr Morrison said that while he was supportive of other actions to stop the virus, we needed to be careful not to totally change our way of life.

“I think we’ve gone too far when we’re saying a man in a position of power can’t grab someone’s hand and pump it up and down several times for the sake of TV cameras,” he said. “As I travel around the country, I will certainly continue to awkwardly force people to shake my hand, as I have always done”.

Some people in Mr Morrison’s electorate were concerned what they might contract if they were to have their hand shaken by the Prime Minister. “I’m worried that by being in contact, I’ll all of a sudden become a tacky used-car salesman, or worse – leader of the Liberal Party,” one resident said.