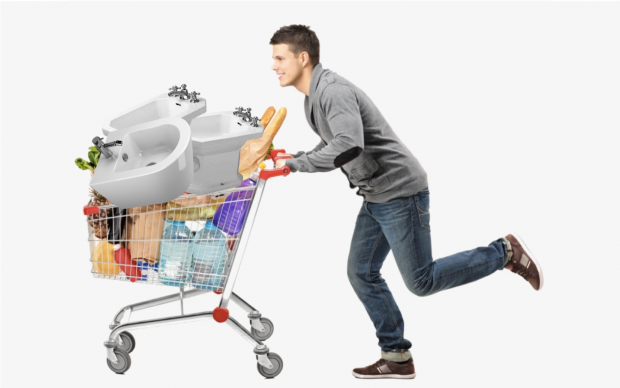 Bathroom showrooms in Vaucluse and Toorak have totally sold out of bidets, as nervous residents stock up ahead of a potential coronavirus outbreak.

In one store, a woman was seen filling her Range Rover with over 20 bidets – one for each bathroom in her house. In another, shoppers were seen fighting over the last bidet in stock, with suppliers saying it may be days before more can be supplied.

The shortage caused anger amongst some residents, who said they were now unable to buy their weekly bidet. “People are just stockpiling them now. But what about those of us who just need a bidet as part of our weekly shop? How on earth am I going to clean my backside now?” resident Gavin Meagher said.

Food stores in suburbs as far afield as Point Piper have also sold out of essential items such as caviar and truffle oil, with some shoppers posting pictures on social media of empty caviar shelves.