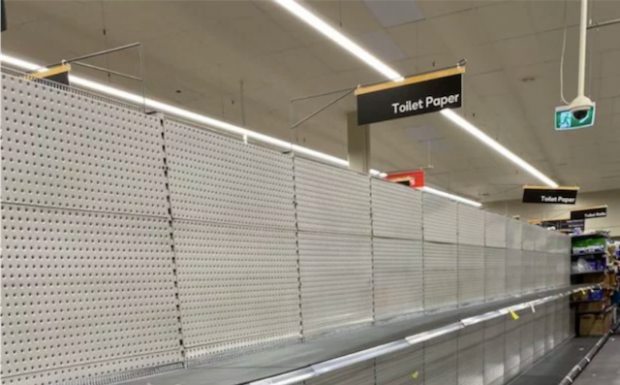 People who think toilet paper is the most important thing to stock up on during a viral outbreak are probably not smart enough to survive it, new research has confirmed.

With supermarkets around the country selling out of toilet paper, health authorities have reminded people that you cannot eat toilet paper or use it to treat viral outbreaks. But experts say that the warning may be too late for some.

“What we found is that people who weirdly think that buying 800 rolls of toilet paper will somehow protect them from a viral pandemic are probably most susceptible to catching the virus,” lead researcher Natasha Innis said. “I’m not convinced they actually know what this is”.

She said one woman who panic-bought two shopping trolleys worth of toilet paper later died of hunger. “She forgot to buy food unfortunately. But at least in her final moments she was able to wipe herself with 700 linear metres of quality 3 ply”.