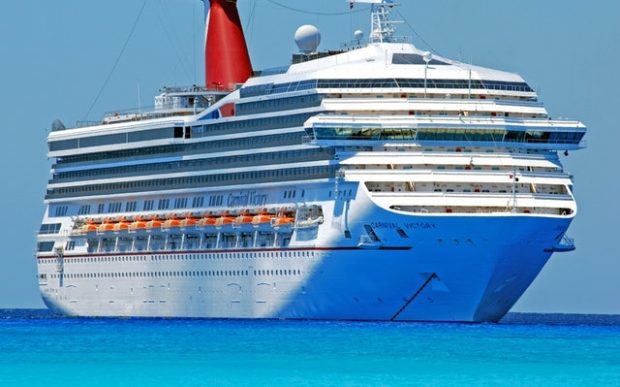 People entrap themselves on cramped, disease-infested boats by choice, it has been revealed.

Up until now it had been assumed that people boarded an all-inclusive Royal Caribbean Fun In The Sun 28-day cruise as some form of punishment. But a new study has found that many people do it because they think it will be fun.

Lead researcher Johanna Reid said she was shocked by the findings. “We were hoping to learn more about the types of crimes cruise passengers had committed to warrant this cruel and unusual punishment. But then we were told that people actually pay to go on these things. As in, it’s actually of a their own free will”.

Cruise regular Dominic Grist said he took a cruise to take a break from hectic city life. “I just wanted to get away from it all and sit next to a small pool with 400 other people for 3 weeks,” he said. “My apartment in Sydney is pretty small, so I wanted to pay more for a room that was even smaller for a while”.

He said the feeling of being out in the ocean was hard to describe. “That fresh sea air is just magical when you can smell it over the raw sewage seeping out of the overflowing toilets”.

Another cruise regular, Rachel Waite, said she loved the range of people and infectious diseases. “Sharing a buffet breakfast and norovirus with people from all around the world is something you definitely won’t do back home. I love it. It’s contagious!”.

Cruise industry spokesperson Leah Probin said some people had the wrong idea about cruises. “Yes, the rooms are small and you do run out of things to do pretty quickly. But on the other hand there’s a very strong chance you’ll contract a transmissible disease”.