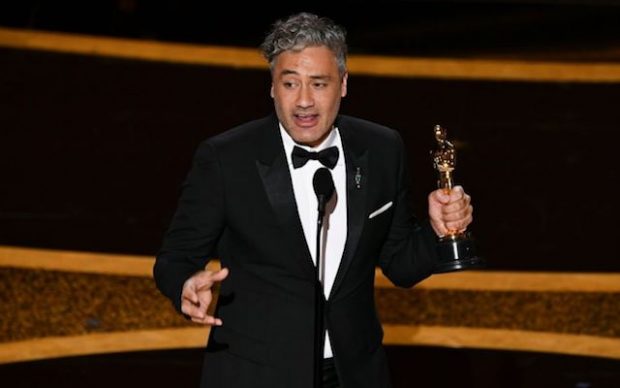 Aussie filmmaker Taika Waititi has won the award for Best Adapted Screenplay at this year’s Academy Awards, for his film Jojo Rabbit.

The much-loved local boy wasn’t actually born here, but spent a holiday in Melbourne once when he was a kid, so he is Australian.

“Everything he knows about filmmaking he learnt on that 6-day holiday when he was eight.” an industry insider said. “I think he might’ve even stopped over at Sydney Airport once on the way to Asia in the late 1990s, so he very much calls Australia home”.

Prime Minister Scott Morrison said it was great to see Australian talent awarded on the international stage. “You don’t get much more Australian than Taika Waititi – congratulations mate.”

Waititi grew up in Raukokore, in the outer eastern suburbs of Sydney.

He joins fellow Aussie Russel Crowe as a winner on film’s night of nights.