CLOSE
World
Trump Calls For US To Leave EU Too 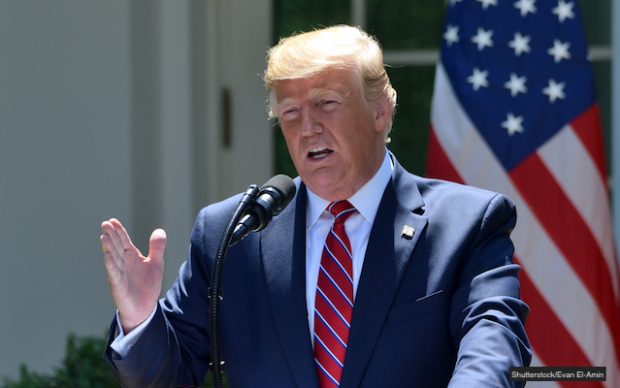 US President Donald Trump has told a rally in Nebraska that it is time the United States followed Britain’s lead and exited Europe.

To chants of “USA! USA!” Mr Trump said America had no place in the EU and was being held back by the stringent demands of Brussels.

The President said he had already begun talks with German Chancellor Angela Merkel, and was confident he could negotiate an exit deal that was in America’s favour.

“She was surprised to hear from me, let me tell you. She wasn’t expecting this!” he said to cheers. “But she was open to a deal. And – believe me – we’ll win this negotiation”.

A poll showed that 90% of Trump voters supported the President’s plan to exit the EU.