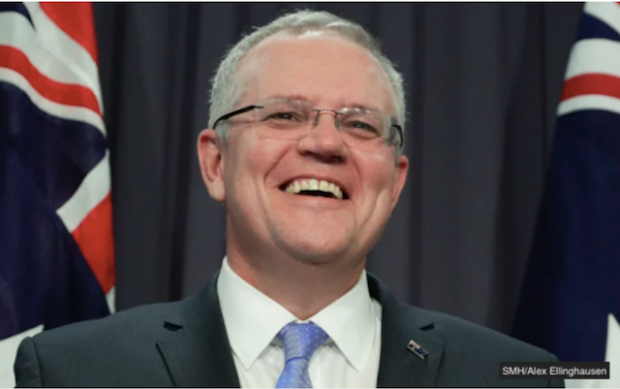 After weeks of being forced to deal with the boring details of the domestic bushfire crisis, Scott Morrison says he finally feels himself again after being given the opportunity to stop people from coming to Australia.

“This is why I got into politics; this is what gets me up in the morning,” Mr Morrison said, announcing a ban of all Chinese people coming into Australia.

“Let’s be honest, coordinating emergency relief for Australians who have lost everything is pretty boring really. But banning Asians from entering Australia is what makes me tick. This is what being Prime Minister of Australia is all about”.

While many have been critical of the Prime Minister’s delayed response to the bushfires, insiders say Morrison is “110% engaged” in the coronavirus crisis. “He’s been working around the clock,” one staffer said.

Mr Morrison had been holidaying with his family, but rushed back on the first flight home when advisors told him of the opportunity to ban foreigners. “Jen and the family will have to wait. This is far more important,” he said.