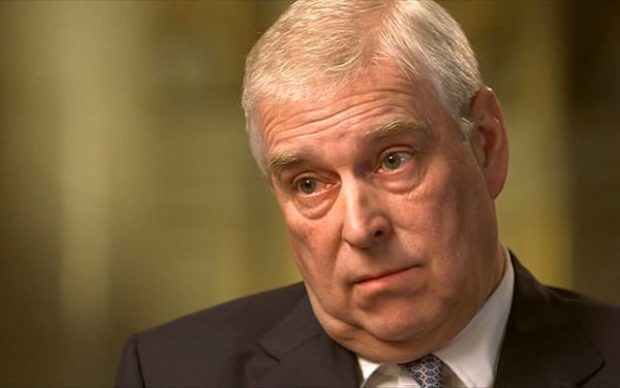 Prince Andrew has used a series of hand-written signs to reveal that he has a rare vocal cord condition which prohibits him from being interviewed by FBI investigators.

The disorder ­– which was a result of the Falklands War ­– means he has been unable to comply with the FBI’s repeated requests for him to provide evidence for their Jeffery Epstein investigation.

Aides for the Prince say the condition first emerged at a Pizza Express in Woking, when the Prince tried to order a garlic bread with Mozzarella, but found he couldn’t speak. “He remembers it clearly, because it is very unusual for a Prince to order garlic bread. Usually he goes for the dough balls,” a spokesperson said.

The Prince revealed the condition at a press conference, where he used signs to answer journalists’ questions. Asked what he thought of Epstein’s conduct, Prince Andrew held up a piece of paper which read: “He conducted himself in a manner unbecoming”.

The FBI said this morning that it would be happy to conduct an interview via email, however Prince Andrew says that is not possible due to a new rare condition which means he doesn’t have any fingers.