CLOSE
The Nation
“Credit Where It’s Due: Bettina Arndt’s Work For Men’s Rights Means Men Finally Have Influence In Australia” 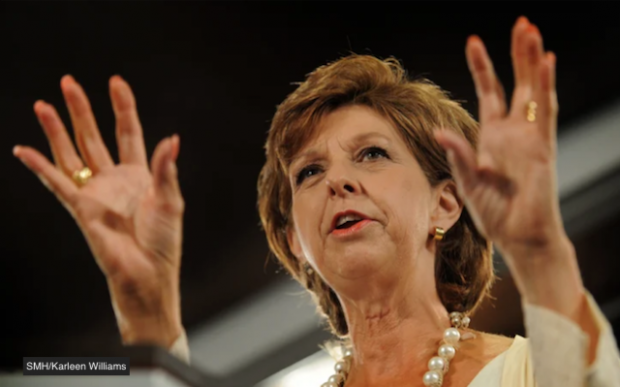 EDITORIAL: The decision to award men’s rights activist Bettina Arndt an Order Of Australia for services to gender equality has been met with much criticism. But the evidence of her achievements is there for all to see.

Since Arndt began her tireless campaign for men’s rights, men have finally been given a voice in this country. In fact, many of the positions of power in Australia are now held by men.

Encouragingly, our last three Prime Ministers have been men. You don’t have to go too far back to remember a time when that role was dominated by women. In fact, between June 2010 and June 2013 not a single man was in a Prime Ministerial position.

Many of our top CEOs are now men. Just last year, Westpac – one of the nation’s biggest banks – announced a man in its top role, unthinkable in 2013 when 100% of CEOs at Westpac were women. But that was before Arndt’s #MenToo movement hit full flight.

Of course, it’s not just in boardrooms and the houses of parliament where the impact of Arndt’s work can be felt. She is a rare public voice speaking on behalf of men everywhere. Who else is standing up for convicted paedophiles? Who else is tirelessly running ‘fake rape’ tours. Who else is fighting back against the sexually provocative young girls who are ruining the lives of adult men?

True gender equality may still be a way off, and there is still work to be done. Some government ministries are held by women, and in some industries, men only get paid slightly more than their female counterparts. But thanks to Ardnt’s work, young boys can grow up knowing that they too may one day enjoy the opportunities their mothers and sisters take for granted.