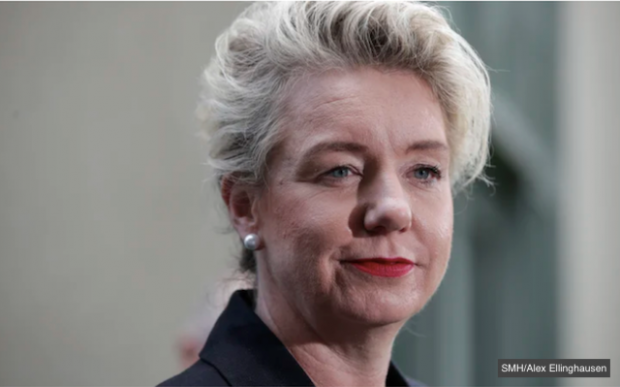 “This is one of the flattest playing surfaces you’ll see – it’s like glass,” she said. “It’s amazing what a small lawn bowls club on the north shore can do with $190,000”.

She said the bowls club wasn’t the only evidence of a level playing field. “I’m guessing you haven’t visited the Warringah Croquet Club. It’s about as level a playing field you’re likely to see – just superb.

“I mean, a lot of people say that this grants program has been lopsided, but roll a ball along the new surface at the Portsea Equestrian Complex and tell me it’s lopsided. There’s no deviation whatsoever, it’s world-class”.

She also responded to critics who claim that applicants in Coalition held seats did not have to clear enough hurdles. “Well I can tell you that there are plenty of hurdles at the Double Bay Athletics Club now – and good ones too. That’s what $250,000 can buy you”.

Despite the criticism, Ms McKenzie says she will be sticking to her guns, which incidentally, she bought using a generous government grant.