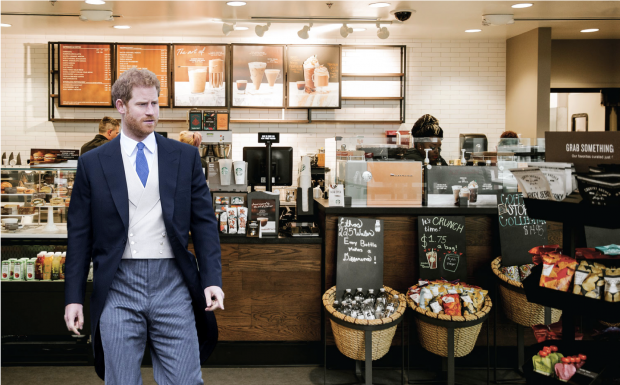 Prince Harry and Meghan Markle will return to the royal family after Harry’s try-out at a Starbucks in Toronto didn’t lead to a second shift.

Local Starbucks manager Rob Barlow said Harry tried hard, but wasn’t quite what they were looking for right now.

“Apart from not being able to make a coffee, use a till, clean a table, or empty the trash he was great. I just think it was the cultural fit that wasn’t quite right,” he said.

Barlow said Harry’s habit of writing the word ‘Subject’ rather than the customer’s name on the coffee was also problematic. “We’re a little more customer-focused here. And wearing a tuxedo and top hat on the first day was perhaps a little intimidating for our regulars”.

Harry said the job had been harder than he had anticipated. “I just assumed there would be hired help to make the coffees. I didn’t realise I’d be doing that myself”.

The mood at Buckingham Palace upon Harry and Meghan’s return was described as ‘awkward’.