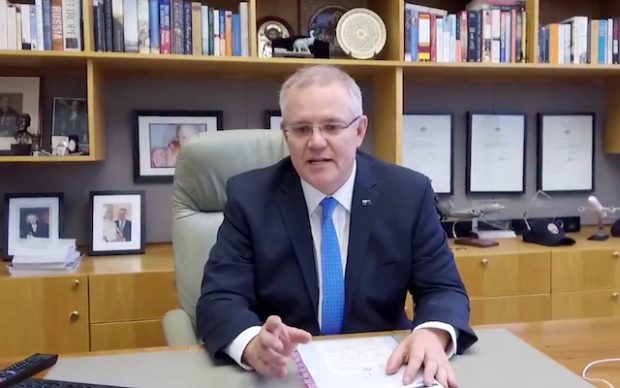 Scott Morrison has apologised to anyone who was offended by his bushfire-related advertisement, in a slick new advertisement released today.

In the new ad, Mr Morrison speaks directly to camera, addressing the concerns of the original commercial.

“Many people have said it was inappropriate to use an advertisement to promote the Government’s significant achievements during these bushfires. Achievements like extra funding for firefighters, new money for aircraft and equipment, and additional resources across the country.

“If anyone was offended by the ad, in which we showed how this Coalition government is taking strong and decisive action for the benefit of all Australians, then I apologise.

“We all get things wrong sometimes, and when you consider how significant our plan for the bushfires is, then Labor and the Greens have certainly got it wrong this time”.

Mr Morrison says that he accepts that the timing was wrong. “Now is not the time for grandstanding or self promotion; now is the time to get to work. And this Government has a long and successful track record of getting down to work and delivering for all Australians”.

Mr Morrison ends by explaining that a new multi-million dollar advertising campaign was the best way to address the concerns of the original ad. “I literally don’t know any other way to communicate than through marketing, so we were left with no other option.”

Tickets to our brand new live show are now on sale!