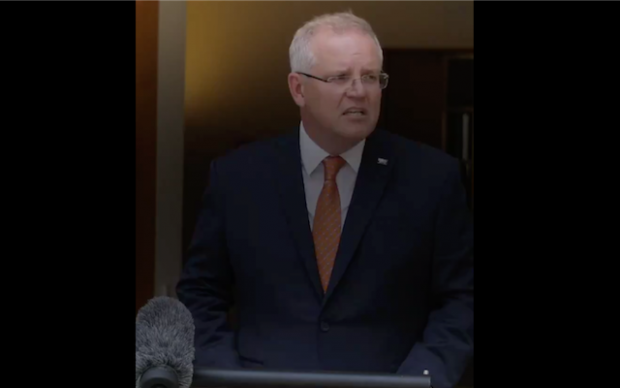 Firefighters were breathing a sigh of relief tonight after learning the Federal government had fast-tracked essential new propaganda ads, which will be used to help control fires across the country.

This is in addition to the millions of thoughts and prayers already committed to the firefighting efforts.

With thousands of properties lost and the human toll mounting, communities were relieved that they finally had a 60-second Liberal Party hype reel to help contain the blazes.

“We’ve been asking for extra marketing for weeks, so I’m just glad it’s finally come,” Tony from regional NSW said. “Fire equipment is great, but not as good as a partisan political advertisement with an up-beat catchy jingle. It really gets stuck in your head!”

Fire departments said the ad was just what they needed after months of struggling to deal with unprecedented fires. “We’ve been stretched to our absolute limit for a very long time now. So to know that an ad agency has put together a slick new commercial with some colourful subtitles is a real relief,” a spokesperson said.

We’re donating 100% of January sales of the Shovel Annual to the Red Cross bushfire appeal. Get your copy.