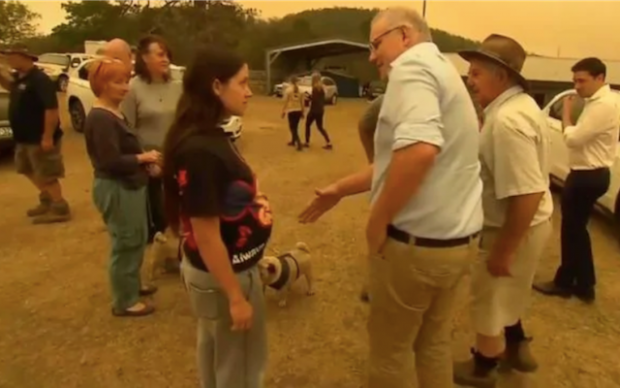 Scott Morrison says the $190,000 he paid to hire an empathy consultant last year has paid dividends, after he effortlessly connected with locals in Cobargo at a media stop this morning.

An upbeat Scott Morrison said he felt a warm and genuine bond with the locals, who had responded to his new, empathetic approach. “I felt like we really connected. Sure, I had to force a woman to shake my hand, but I did it in a really empathetic way”.

He said his sessions with the empathy consultant had taught him to really listen to people’s concerns. “They told me how they had lost their homes in the bushfires and I told them that sparks would be flying at the fifth test at the SCG. We were very much on the same wavelength”.

Morrison rejected claims that turning his back and walking away from a woman while she listed her concerns showed a lack of empathy. “Quite the opposite – I mean, I listened to her for a good three or four seconds before walking away, whereas in the past I wouldn’t have given her the time of day.”