CLOSE
The Nation
ScoMo Volunteers To Join Firefighters In Hawaii, After House Fire Breaks Out Near Waikiki 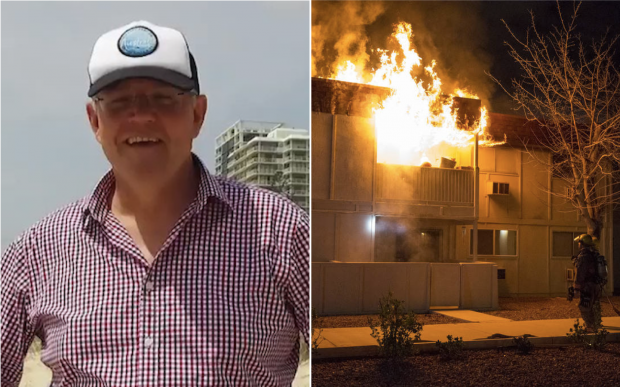 Prime Minister Scott Morrison has volunteered to join fire fighters in Hawaii, after a house fire broke out near Waikiki beach.

The fire – which has engulfed the entire kitchen area of the home – was still simmering this morning, leading the Prime Minister to book the next flight to Honolulu.

“I want to help out in whatever way I can, and wherever I’m needed most. And right now, that’s at a luxury holiday complex two streets back from Waikiki,” Mr Morrison said.

The Prime Minister’s office confirmed Mr Morrison would be staying next door to the complex, in order to be of immediate assistance. “The five star hotel next door is just metres from where the house-fire broke out, but that is the kind of risk he’s willing to take in order to ensure everyone is safe,” a spokesperson said.