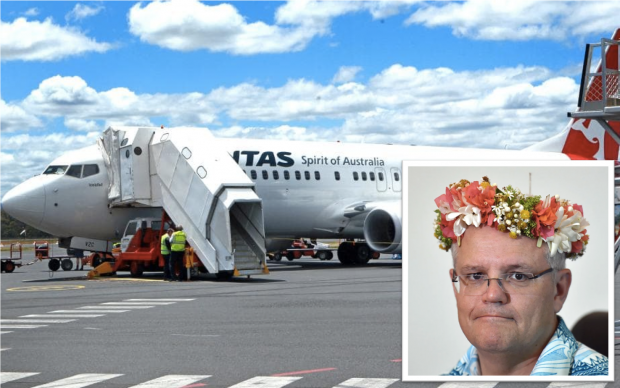 Scott Morrison will be on the next flight back from the holiday he didn’t take, his office has confirmed.

A spokesperson for Mr Morrison denied that the Prime Minister was out of the country and confirmed that he will return to Australia as soon as possible.

“He never left Australia and he is doing everything he can to get back to home soil,” the spokesperson said.

His office would not provide details on exactly when the PM would return, but stressed he was on the job in Canberra. “He will be here as soon as he can, but you need to understand that it is difficult to organise return flights home when you never actually left the country in the first place”.