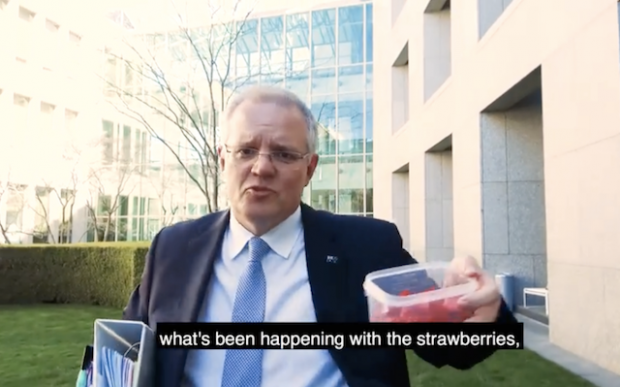 NSW fire chiefs have made the difficult decision to rename the bushfire crisis engulfing the state as a ‘strawberry contamination’, in the hope it may persuade the Prime Minister to come home from his holiday sooner.

Mr Morrison acted within hours to contain the strawberry contamination scare in 2018 that caused the deaths of zero people, but has been slower to react to the bushfires that have been overwhelming the nation for several weeks.

“We could see that the east coast of Australia being on fire wasn’t getting the Prime Minister’s attention, so we had to turn to strawberries,” a fire department spokesperson said.

“As soon as we said there were a few needles randomly placed in strawberries in country NSW, he’d immediately chartered an air-force jet back to Sydney”.

Mr Morrison has since released a video encouraging people to buy strawberries again. “I want to see NSW covered in red!” he said.